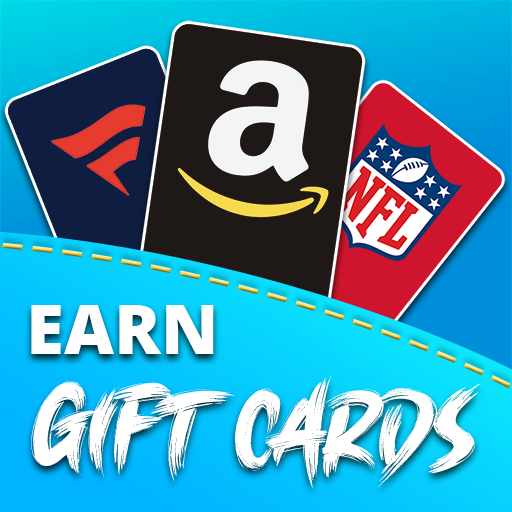 Earn real rewards by playing games you love! Play games like Yahtzee, Wheel of Fortune, Bubble Words. Earn Amazon gift cards, Target gift cards, and more rewards from stores and sites you love. Get prizes or NFL gear by earning points in-game and exchanging them for gift cards and football gear for the team of your choice.

Get NFL gear from your favorite teams just by playing fun games on your phone! Whichever NFL team you love - we have you covered.

Follow NFL scores and read articles on the latest NFL news. You want stats on Russell Wilson or Patrick Mahomes? We have them, plus the eternal Tom Brady, Dak Prescott and more.

Pro football fanatics can earn 100% free hats, jerseys, shoes, gift cards and more, with hundreds of items to choose from. All rewards are 100% free, including shipping. Rewards are sponsored by game developers when you install, play and spend in their games.

You already play games so why not earn rewards?