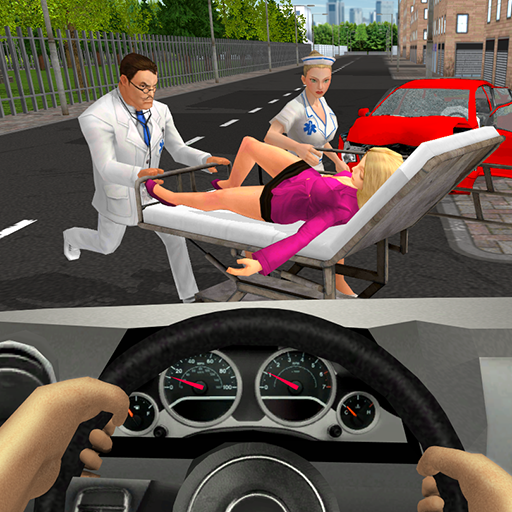 Publisher: baklabs
Number of Apps: 41, including

You must be a fan of the driving games. We assume that you're crazy about rescue injured people as well. If so, Ambulance Game developed by TAXI GAMES FREE is what you need! Turn on the sirens and try to become an ambulance driver in one of the best ambulance simulator.
Race your car through the big city traffic, let doctor rescue injured in accidents and drive them safely to the hospital.
Ambulance driver job is dangerous so be careful! Duty driving is not that easy. Life in the city is crazy, watch out for the people and the traffic.

There are many rescue missions and you must be in a state of emergency all the time. You can driving around the big city, suburbs, construction sites, parks and even the beach. It's crazy how the city lives - people are walking, cars are crossing. Get in your ambulance, fasten your seat belts and become a city traffic racer.

Master your driving skills in one of the best ambulance games!
Original only from TAXI GAMES FREE.