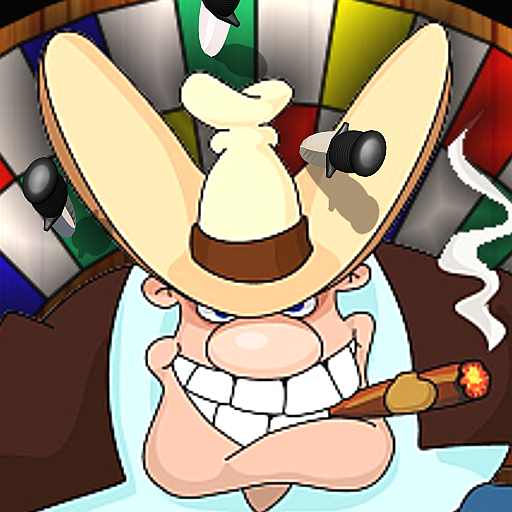 "Throwing Knife deluxe" - A new version of the knife throwing simulator at moving targets.
What's new?
1. You can choose different knives
2. Even more original targets
The goal - to get the most points.

You can choose one of three knives. Knives are different mass. More heavy knife longer flies to the target, so we should take more proactive in aiming.
You can select one of seven targets.
In addition, you can set the direction and speed of the targets.
For each state of the settings saved his best result of the game.

HOW TO PLAY:
Touch the screen. Move your finger so that the tip of the blade moved to the location where you want to throw a knife. Remove your finger from the screen. Knife thrown.
When aiming note the direction and speed of the target. Aim should be to proactively.
Note knife flies not where to point a finger, but where is the end of knife when you release your finger. Also because the panel with targets rotates, stick a knife at the place of the shield which will in front of the knife at the time of the hit.

FEATURES TARGET:
1. When hit the cowboy he starts shooting. Every 2 shots reduce your score by 1. Do effective throw to stop he shooting, ie get to the green, blue, red or yellow color of the target.
2. When injected into a human, the game ends.
3. When injected into the goblin deducted 25%.
4. When hit the bomb explodes and the game ends.
5. When the timer shows 0, bombs explode and the game is over.
If the knife fall into any target, the timer counter is incremented by 4 seconds.
6. When hit the metal parts on the targets knife ricochets.

BONUS:
You are invited to hit the target of a certain color. If you do this, then you get an extra knife. This will allow you to make more shots and get more points.