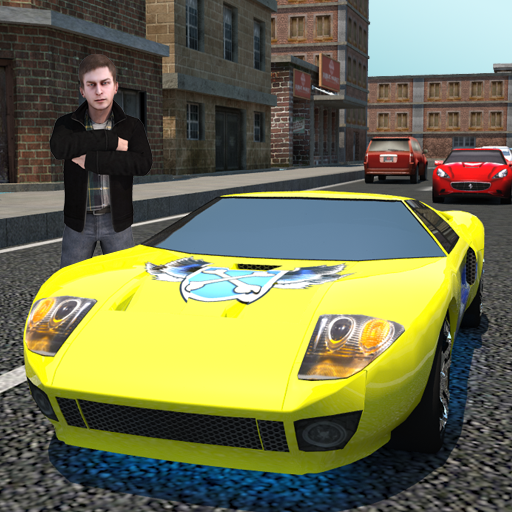 Last Scanned: about 5 years ago. Live Scan This App

Publisher: RaDi
Number of Apps: 194, including

In Real Car City Driver 3D players wield the ultimate power as a car thief that can take on different jobs to earn his money. The players assume the role of this car thief, and gets to explore the Crime City on foot or by car, as you drive through the different neighborhoods in this epic looking crime city. Real Car City Driver 3D includes many game features. The game also has upgrade features, in the garage you can pimp out your cars. You can earn money with taking on missions like stealing cars, deliver packages. Watch out that you don’t get hooked to the fun and enjoyable gameplay of Real Car City Driver 3D.

Every day you can look for new job opportunities because you would like to earn some more cash. Build up your collection of cars, you get to steal some of the most awesome cars ever seen in this crime city game. These epic looking cars have great realistic controls, you get to sell and buy different cars. Watch out for the oncoming traffic, in this real car city driver 3D game. All these game elements make this one of the best real city driving simulator experience on your mobile device. So start earning your money with this epic free roaming mobile game. Explore the city accept missions on your way, make your money and pimp out your vehicle today.

Real Car City Driver 3D is something else it shows you a different path in the criminal underworld. A world of shady people, stealing cars and trying to make it because they were running out of options.